Posted at 09:20h in Business, Featured by K-admin 0 Comments
0 Likes

With her house and 401(k) on the line, Salt & Straw’s Kim Malek stood out in the rain selling ice cream during her first entrepreneurial summer. Spoiler alert: Things worked out. 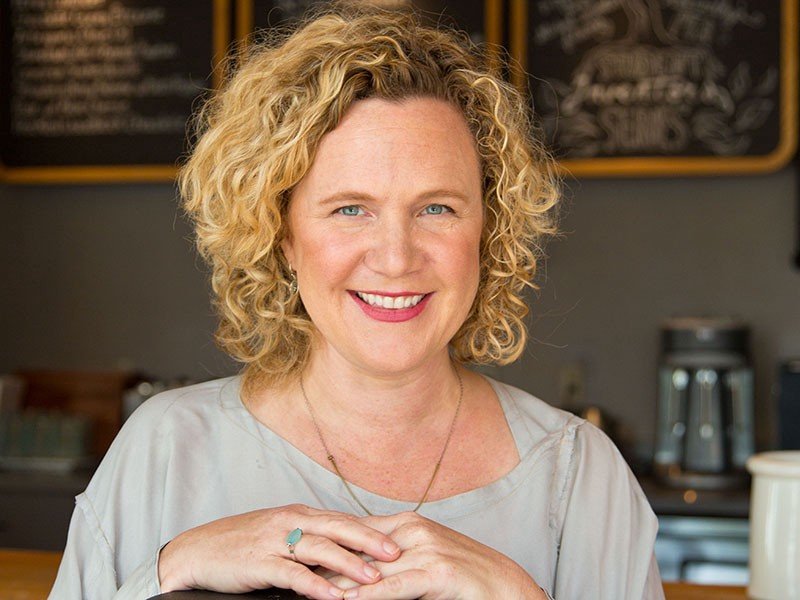 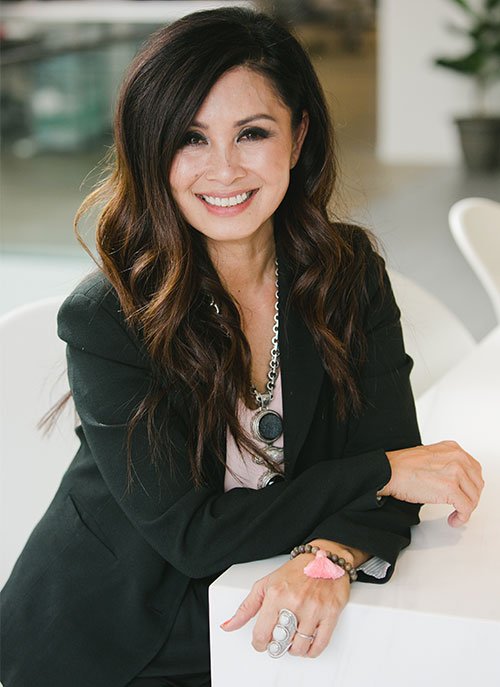 Kalika Yap, an EO member in Los Angeles, is the founder and CEO of both Orange & Bergamot, a creative agency for female founders, and Citrus Studios, a branding, and design agency. As the host of EO’s Wonder podcast, Kalika interviewed EO Portland member Kim Malek about her origin story of founding Salt & Straw, a community-focused artisanal ice cream chainlet. Kalika shared some highlights:

Some of the best companies are born during tough economic times. Walt Disney incorporated in 1929 just as the Great Depression hit. Microsoft set up shop during the recession of 1975. Networking giant Cisco Systems started in the doldrums of the mid-80s.

Similarly, Kim Malek opened Salt & Straw, her “farm-to-cone” ice cream company, in 2011 as the American economy limped out of the Great Recession. After years of working at Yahoo!, Adidas and Starbucks, she felt ready to start her dream company.

Business capital was hard to come by then. Banks wouldn’t lend to her. So, she cashed in her 401(k), organized a garage sale, and sold her house. All of that took valuable time. She and her cousin-turned-cofounder, Tyler Malek, risked missing the crucial summer ice-cream season, so they wheeled their ice-cream cart up the street to bring in money while they finished building out the shop.

“It ended up being the wettest summer on record in Portland, so we were standing outside in the rain selling ice cream,” Malek recalls on EO’s Wonder podcast with Kalika Yap.

The economy and the rain spooked Malek. Her father had gone bankrupt with a small business, which made her risk-averse. She opened the shop with a skeleton crew. On opening day, she was out catering a wedding with her cart, hoping to make a little money. Her phone rang–a friend called from the shop to say they needed her: The place was mobbed.

“It started with a bang, and we felt really lucky,” Malek says. 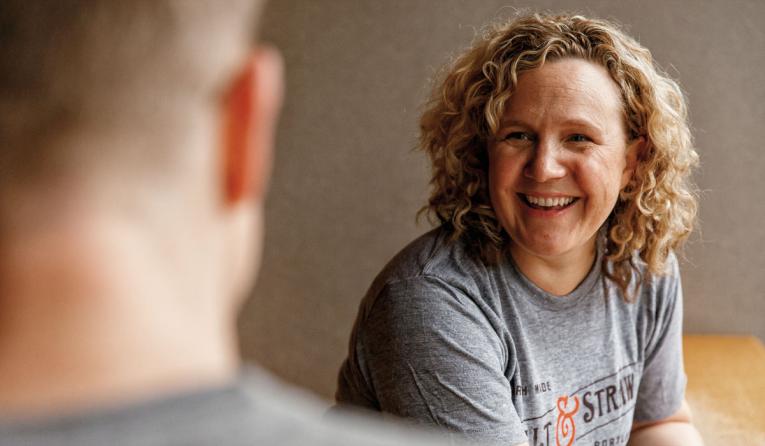 Luck had something to do with it. Malek’s offbeat, unusual flavors had drawn attention even before she opened. Who could ignore the lure of strawberry, balsamic and black pepper? Or not salivate over pear and bleu cheese? The Wall Street Journal and the Oregonian both published stories about the fledgling ice cream company before it opened, creating a buzz that brought crowds on Day One.

Now, with 20 stores from Seattle to San Diego, money and real estate aren’t a problem. Malek has plenty of both. Her new limiting factor is people, and she goes to great lengths to find the best.

“There’s no special spigot that you can turn on and get great people,” Malek says.

She and Tyler spend more time developing talent than making ice cream, she jokes. It shows in the mail she gets from people who have been touched by the community-focused ice cream shop.

“A woman just wrote a book with a chapter about her time at Salt & Straw in Venice, in Los Angeles,” Malek says. “She talks about sitting outside for hours with her friend ‘pouring out her soul.’ Those are the words that she uses.”

The author even invited the ice cream shop employees to her wedding.

Both Kim and Tyler are EO members. Tyler, the mastermind behind the palate-bending ice cream flavors, is participating in executive education through EO. The organization has made both of them even more aware of the importance of company culture. 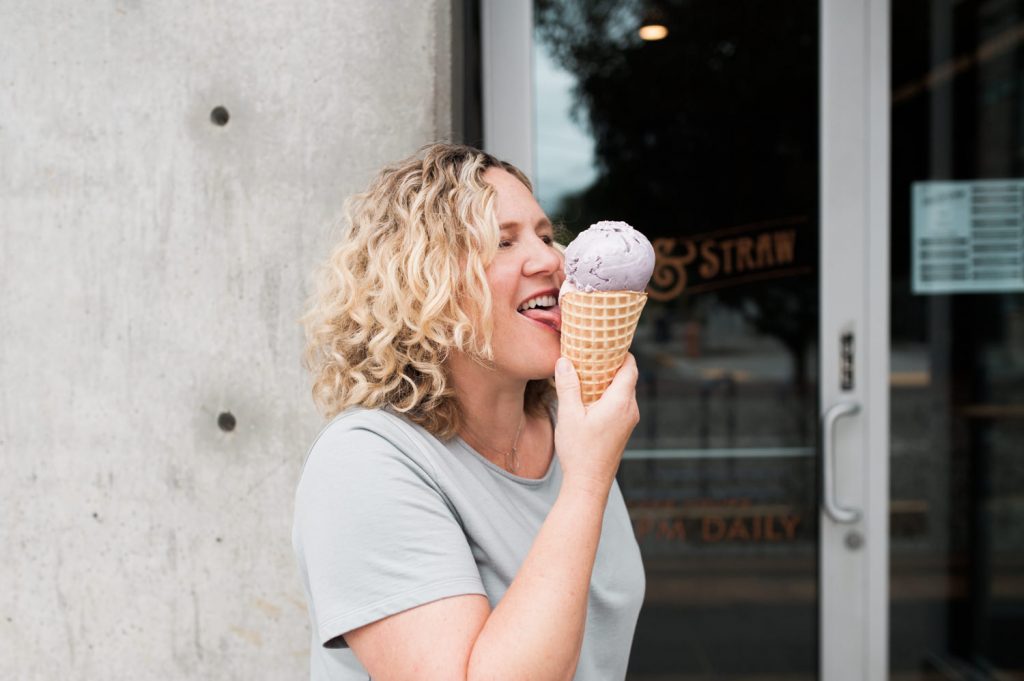 Malek met recently with an old friend from her time at Starbucks, Howard Behar. He started at Starbucks in 1989, worked his way up to the President, and authored the 2007 book, It’s Not About the Coffee: Leadership Principles from a Life at Starbucks.

Behar advised Malek: “Grow the people who will grow the organization, who will then grow the business. If you’re focusing on growing the business, you will never get there.”

The lesson? If you don’t have the right people and a way to make them better every day, not even strawberry balsamic ice cream with black pepper can save you.

–Written and compiled by Inc. Magazine 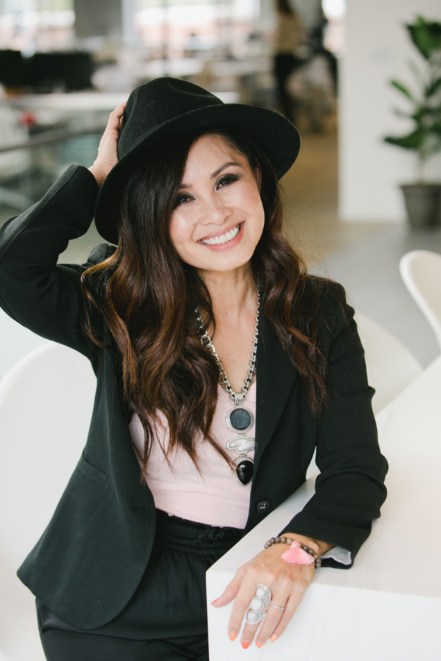 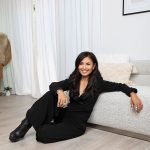 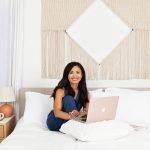 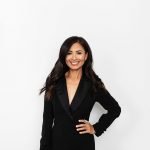 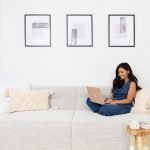 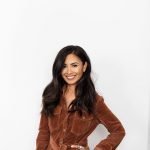 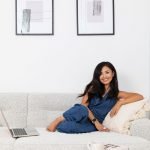 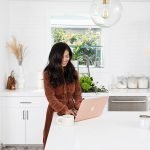 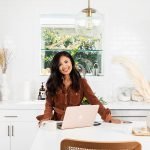 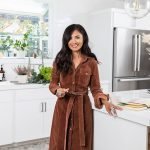 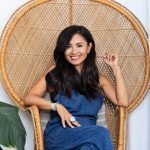 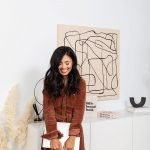 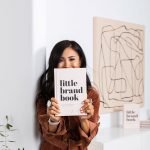